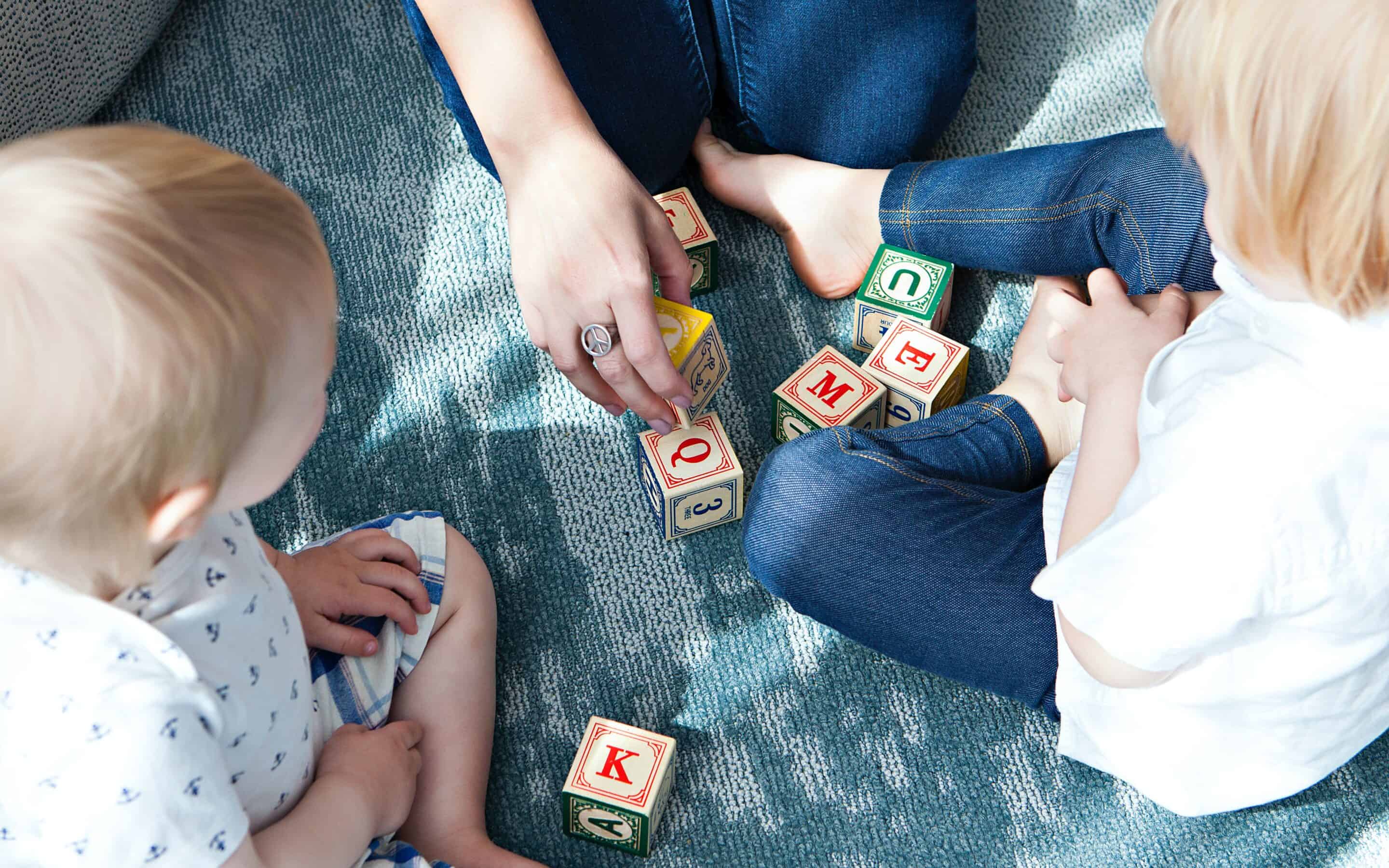 A phrase that we hear a lot from parents directed toward their toddler and preschool-aged children is “sit and do your work.”  New research studies have shown that babies start to understand speech sounds just hours after they are born.  As our babies get stronger, they can start moving and exploring all while continuing to expand their language skills by listening to their loved one talk to them, and ultimately, they will begin to babble.

Children’s job/work is PLAY! Play has been proven to be the best way for children to learn, not only for language development but also cognitive and physical development.  Instead of pressuring our children to sit down and “work,” we as parents and caregivers need to stop what we are doing and become the child’s “co-worker” and play with them and provide an age-appropriate language model to improve the child’s language development.   When you want to work on expanding language during play, let them pick a toy or activity they can do independently then you can just be there to play with them and follow their lead.

If your child is having to focus too much on motor planning and their physical movements then their ability to use speech/language or communicate will decrease.  For example, if you have a 3-year-old that has trouble with fine motor activities (i.e., holding a crayon) then coloring or using toys with small pieces may not be the best activity to do while focusing on expanding their language skills. A better activity for language development might be playing with big cars while talking about where the car is going, what color the car is, and what the car sees while driving.  Avoid questions or statements where your child might feel like they are being quizzed, for example, “What is this?” or “Michael, ‘say truck.’” You can simply provide a verbal model like “I see 2 red cars” or “I’m going to the store to buy food.” Below are the stages of play:

Play and language development should be FUN!  Play is often defined as something that is enjoyable, self-directed, and meaningful.  When children do something they enjoy (i.e., playing) they will repeat it over and over again which leads to success, and when your child feels successful they will be more willing to try new things, which will lead to them expanding their language skills!